Could the Entire Length of the IPL Have Been Played in India Itself? 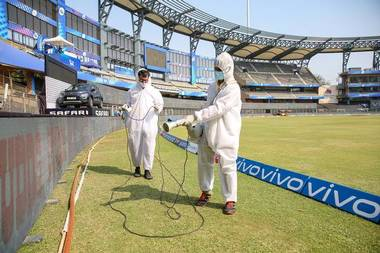 As the country clings on to its dear life, trying its best to survive in these rough times without collapsing, the scheduling, orchestration, and the eventual postponement of the IPL managed to raise several eyebrows. Sports manages to bring out qualities such as compassion, teamwork, respect, admiration, and an icy cold rush of adrenaline-laced with anticipation that makes us forget our fears, pressures, and insecurities. But it is the very timing of it that has brought arguably the greatest sporting event under heavy scrutiny. Opinions on the IPL taking place have been varied, ranging from “the tournament being a ticking time bomb” to providing a semblance of distraction amidst the torrential rain of doom and gloom.

We attempt to explore a scenario where we could travel back in time and try to conjure a reality where the IPL could still be held in India without hiccups. Would such a reality exist? We try to inspect and dissect each facet with our lens of microscopic pragmatism to ascertain some truths and possibilities.

1) Was the IPL tone-deaf in its approach of being carried on amidst this devastating crisis?

While the irrefutable fact of considering the moral sensitivity of the situation surrounding the game over monetary gains remains undisputed, I attempt to explore the benefits that came along with it.

a) The IPL serves as an income-earning opportunity that involves employing 30,000+ personnel across industries such as sports, medical, hospitality, to name a few. With lockdowns in effect to suppress the spread, the opportunity to earn serves as an immediate relief for many of the support staff involved in keeping the lights of the tournament on. The revenue BCCI generates from the IPL does not just go to the Kohlis, Rohits, or the Warners. The whole cricketing ecosystem in the country is dependent on it.

b) The IPL also serves as a necessary distraction for people who have been up close and personal with death and related hardships. I personally know of close friends and associates in the medical fraternity who, after spending heartbreaking and nerve-wracking hours in hospitals, find the IPL providing a semblance of solace, albeit for a few hours. For many recovering from the virus, the IPL served as a welcome relief when being jammed up for days in complete isolation.

c) Since the functioning of the IPL in these uncertain times kept several foreign players away, it also served as a launching pad for new Indian talent that found opportunities to express their skills on the big stage. For example, Natarajan, Ishan Kishan, Tewatia, Devdutt Padikkal, etc., were significant discoveries because of the Covid-affected IPL last season.

d) As stats reveal that OTT subscriptions like Netflix, Amazon are on an all-time high, is it hypocritical for us privileged internet savvy netizens to call out only the IPL for its tone-deafness?

What could have been done better?

The IPL should have used its financial muscle and star power to aid in terms of sizeable contributions/charities to support the humanitarian disaster. This would have gone a long way in reducing the perception of tone-deafness and the misery associated with the tournament. The sponsorship brands should have been urged to aid with relief in any way possible – from financial, procuring much-needed medical supplies, using their media assets to amplify SOS and help messages, etc.

2) Why was the tournament played across six cities when spectators were not allowed in the stadium?

What could have been done: The number of venues could have been reduced to three to minimize the risk associated with frequent traveling and bio bubble breaches. The option of constricting the IPL to a single city like Mumbai, which boasts of three different grounds in the same city, could also have been considered.

3) Why did the cricket board not move this year’s season to the United Arab Emirates (UAE), like last year and what could the BCCI have done to ensure the tournament continued in India?

What could have been done: Personally speaking, the BCCI was caught in a predicament of unforeseen circumstances as the successfully conducted India v/s England series prior to the tournament had instilled a sense of hope and optimism. ‘Had we known, we could have held the IPL overseas’ is the explanation given by top BCCI officials. Having said that, the BCCI which is known for its astute planning and execution could have done a thorough risk assessment of the situation while factoring in the unexpected spikes in the surge of the pandemic as well.

The IPL should have tried to replicate the operating procedures and secure bio bubble templates of the recently concluded and immensely successful Indian Super League (ISL) tournament to ensure it continued in India without blemishes.

4) Who takes responsibility for the bio bubble breaches – the board or the “bio integrity managers and agencies” hired?

Stringent scheduling protocols should have been laid in place to ensure that the sport could operate safely for its participants without inhibiting the efforts to deal with the crisis. Bio bubble securing agencies should have owned more responsibility in ensuring all safety protocols were met and adhered to. The board should have devised penalty clauses to ensure accountability.

Kartik Murali is your next-door IT professional-cum-cricket enthusiast/fanatic who has a penchant for writing about cricket and forging worlds with words that interest him. He completed his engineering from MIT Pune and writes and posts frequently on his Instagram handle titled "Scarfaced_writer".
PrevPreviousHow Sports Dentistry Can Help in Conquering Tobacco Use in Athletes
NextChannelising Your Goals Through a Vision BoardNext 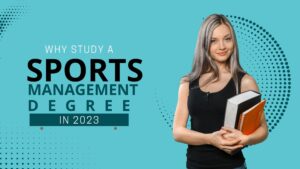 Sports is one of the most exciting and engaging activities. It is one of the largest employers in the world, providing employment for millions around 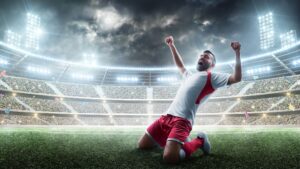 Sports companies in India are rapidly becoming some of the biggest industries in the world when it comes to revenue and employees. Generally, the sports 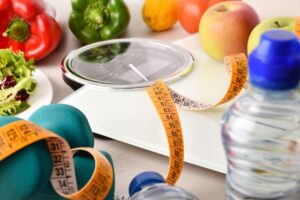 Sports nutritionists are professionals in the health industry who specialize in maximizing the performance of athletes. They work with athletes to find out their nutritional

Are you looking to kickstart your career in sports? If yes, then you are in the right place! In this article, we will be looking 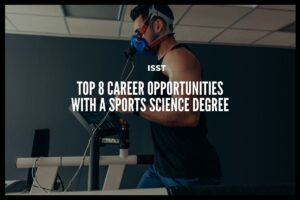 Sports science is the study of the science that backs exercise and performance. The basics of sports science are to study how the body and 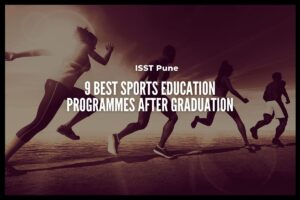 Sports can play an essential role in your life even after leaving school or college. With so many lucrative career options now available for people 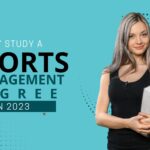 Sports is one of the most exciting and engaging activities. 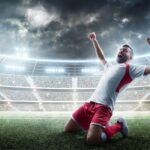 Sports companies in India are rapidly becoming some of the 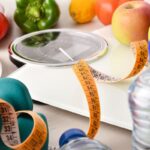 Sports nutritionists are professionals in the health industry who specialize

Are you looking to kickstart your career in sports? If